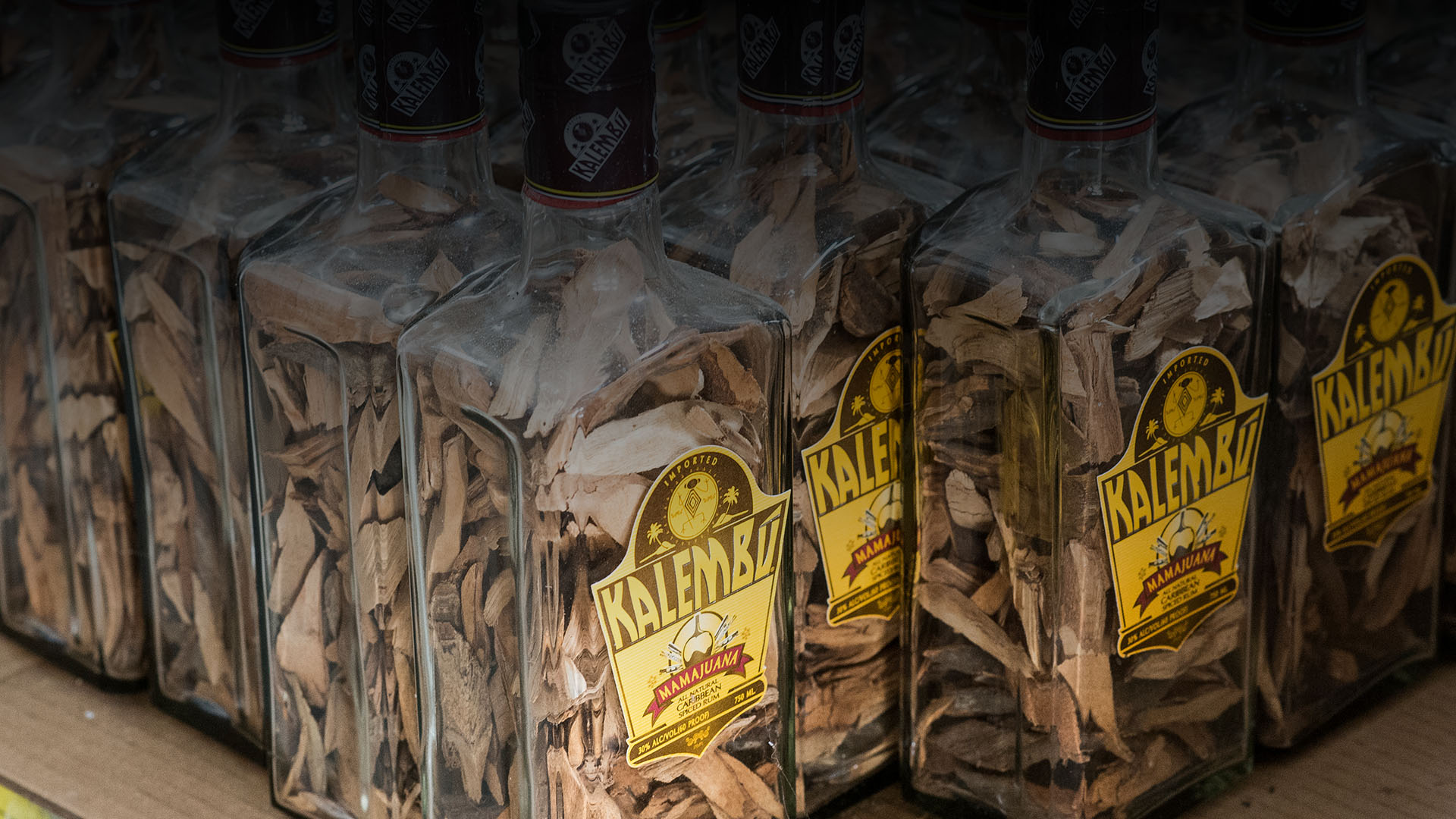 The makers of Mamajuana Kalembú

J & J Spirits is the manufacturer of mamajuana Kalembu, a company established in 2005, at the free zone park of Hato Nuevo in Santo Domingo, Dominican Republic.

The founders of J & J Spirits, Jack Astacio and Julio Astacio, were the ones to do what nobody had done before; blending a ready-to-drink mamajuana on an industrial level, complying with international quality standards.

Until that moment the only way mamajuana was sold was in recycled bottles but only with the sticks and leaves which are used to prepare mamajuana. So people had to cure the mamajuana ingredients first and then add the rum, honey and wine. Then had to wait until it was ready. In this inconvenient way the taste of the mamajuana was never the same, people didn't know what was in it and it was more expensive.

The company founders had been producing Mamajuana for years already. At first selling only to the touristic market on the island such as giftshops and hotels. After having received many requests from people all over the world it was decided to take the production to an other level in order to be able to take mamajuana to the global market.

Mamajuana is a drink from the Dominican Republic that is made by adding rum, red wine, and honey to a combination of twigs, bark, leaves and herbs. The taste is a unique combination of woody and herbal flavors, it is sweet to semi-sweet and normally the color is a deep brown/red.

Mamajuana is seen and advertised as an aphrodisiac, with many people describe it as a type of natural "liquid Viagra". Women have also claimed that mamajuana enhances sexual desire.Although mamajuana became famous for their supposed ability to stimulate the libido, the drink was originally regarded as a cure-all that was an effective treatment for many ailments from a common cold, or influenza, right through to far more serious conditions.

This reputation may have derived from traditional remedies handed down through the ages from as far back as the times when the ancient tribes inhabited the island.Whatever the truth about mamajuana's efficacy there have been a number of recent, and reputable scientific studies that have confirmed the potentially positive healthful effects of some of the typical herbal and botanical ingredients that may be used in the brewing of the liquor. Examples could be said to include resveratrol, in red wine, thought to enhance longevity, and the use of cinnamon in blood sugar control for diabetes sufferers. Studies into some of the rarer botanical herbs, roots and barks used in making mamajuana are still ongoing. 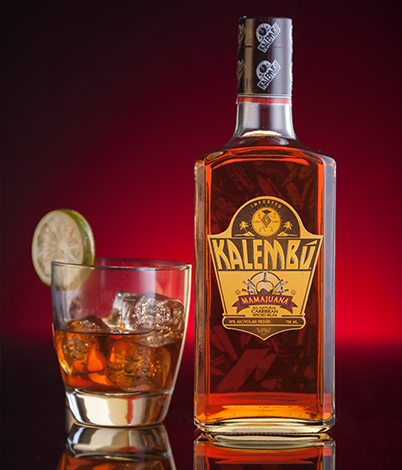 is a traditional drink from the Dominican Republic. It is prepared through flavoring rum with a mixture of ingredients giving it a spiced twist. Kalembú Mamajuana ever to be imported into the U.S.A. Since we have made all efforts to keep the tradition untouched, we have been awarded the Spiced Rum with Natural Flavors label approval.

Best when chilled, can also be mixed with natural juices. Cheers!
Buy Now 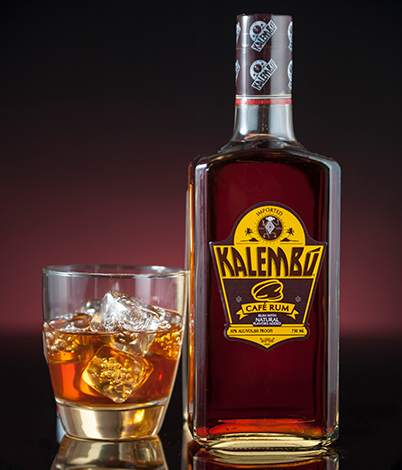 In tribute to our ancestor of dominican Republic and generations of good taste, may we present Kalembú - Café Rum-, blends roasted coffee beans from the high and beautiful mountains of the Dominican Republic, with sugar cane rum and a touch of local honey for subtle, natural sweetness.

Enjoy Kalembú Café Rum straight, mixed, or on the rocks and especially after dinner. Here´s to Health, the senses, and responsible enjoyment.
Buy Now 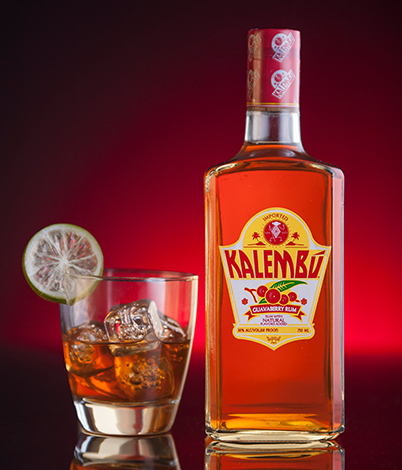 J & J Spirits introducing the Kalembú - Guavaberry Rum-, as delectably complex as its name suggests, throughout history, the guavaberry fruit, or arrayan, thrived in Hispaniola, where Eastern- Caribbean Inmigrants and sugar cane planters deemed in the perfect companion to rum, In tribute to our ancestors of San Pedro de Macoris, and generations of good taste, I proudly present Kalembú Guavaberry Rum for your supreme drinking pleasure. Smooth of the rocks, splendid as a cocktail, enjoy exotic Kalembú series 23, Here´s to health, the senses, and responsible enjoyment.
Buy Now 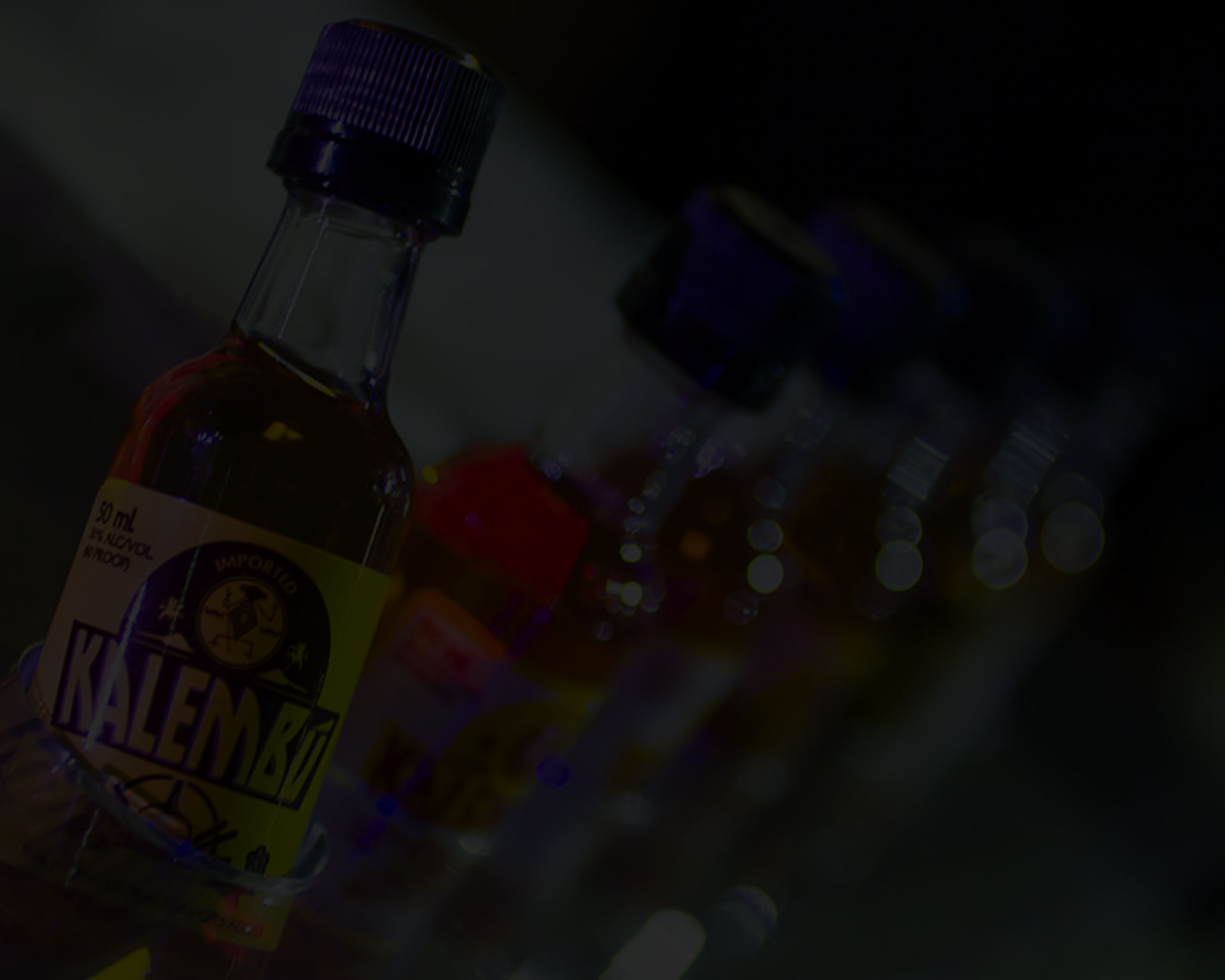 The Book of Kalembú The story of Jack

Jack observed the rhythmic movement in the contents in his glass. Through it he could also see the resplendent sunset; the blue Atlantic Ocean kissing the white sands of Cabarete in his native Dominican Republic. Jack narrowed his eyes and let the exquisite elixir warm his palate and permeate his being; just as it had done so many times before.

Sipping the drink, he reminiscences about everything that brought him to this moment. Shortly after he had first heard the unique and beguiling word, Mamajuana, his parents, Don Frank and Doña Mirtha Astacio, moved the family to Central America. No one could have known, that years later, this word Mamajuana, would take on such significance in his life.

Having been brought up outside of Dominican Republic, Jack began making comparisons between the traditions, values and customs of Central and North Americans in relation to those of his beloved homeland. When he returned as a young man, Jack decided to observe and absorb as much as he could about his land and his countrymen.

The vibrant color green is as abundant as the native music— Merengue and Bachata— awakening those natal roots that always accompanied him throughout his travels. While exploring his own country, connecting with the humble and hardworking people of Dominican Republic, he couldn’t help but notice many untapped potentials/qualities of the culture/land, that also ignited his entrepreneurial spirit.

One thing that became clear to him was how great consumers Dominicans were of their national products. This led him to develop traditional Dominican products for trade and export. His first ventures were with coffee, then cocoa, spices— such as the ever present Bija— coconut oil, amongst other purely Dominican merchandise.

Subsequently, Jack searched in his memories from childhood, and focused on the things that most represent the culture: music, dancing, celebrations, the world famous national rum, and the strong genetic trait of Dominican society that famously uses any excuse to get together, from baptisms to politics to baseball games, all part of the joyful expression of life.

He thought of the outdoor cooking, the smell of cuava, the local tinder wood, an essential part of cooking on the fogón (An outdoor cooking fire.) He then remembered Mamajuana, a homemade brew with herbs and tree bark, and how it embodies all that is Dominican. He realized then and there that he wanted to make this indigenous elixir available to the world.

Jack immediately begins working on his first prototype, a trial recipe which he takes with him to New York, with the second largest population of Dominicans in the world, surpassed only by the capital of Dominican Republic, Santo Domingo.

Neither the rains of autumn, nor the cold of winter, nor the heat of the summer of 2008 dampers Jack's spirit and purpose. The first blind tests began through liquor stores and small Dominican owned restaurants. Native Dominicans immediately recognized it as their own: "Ah, this is Mamajuana!” and became faithful consumers of his drink, feeling the deep connection and pride to the motherland.

Jack recalls one of the most frequently asked question being, "But where is the tree bark?” He explained how it this was the first production created from formally homemade brew to one produced in a professional capacity. "Wow, it tastes just like at home, as if it had the herbs and bark. Good idea, Jack!”

In 2009, at a fancy food and beverage expo at the Javitz Center, in New York, Kalembú was a break out success; everybody was talking about it. Mamajuana, being a well-known aphrodisiac, Dominicans immediately understood the name Kalembú: a slang word with connotations of great virility.

While Kalembú was making its mark amongst the Dominican diaspora, back home on the island, the brand also achieved acclaim amongst visiting tourists, eventually creating a demand in international markets, especially Europe and China. Studies show the two words that tourists most remember from the Dominican Republic are Punta Cana and Mamajuana.

Kalembú perfectly embodies the history, culture, and spirit of the Dominican Republic — from its’ first inhabitants, to its’ beaches and sun. It is a fusion of cultures, including the Columbian era which brought with it the Spanish language, monotheistic beliefs; mixed with the African culture; to the chiefdoms of its indigenous people, the Tainos of Caribes.

Jack Astacio this time raised his glass and glanced over at the bottle— elegant, and with its well-crafted label and cork. A smile lights his sun-kissed face. Squinting, he sipped the precious liquid which, once again, as an irreverent lady showing her charms, invited him to enjoy. And then, Jack thought: “This is who I am: I am Kalembú".

Kalembú 18 is a limited edition which celebrates the years Jack has dedicated to opening a market for this unique drink from the Dominican Republic. Founded in 2001, it is made entirely by hand under his strict supervision and attention to detail. Kalembú 18 is the exaltation of the Dominican Mamajuana.

Jack Astacio recognizes and accepts what the responsibilities of being a pioneer of Mamajuana means, and that his life is now unmistakably committed to its’ future because, without a doubt, “Mamajuana is Dominican, and its’ name is Kalembú”.

Give Us A Call